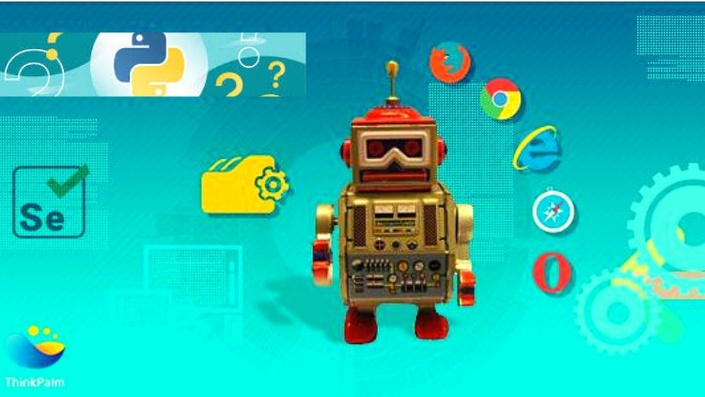 Enroll in Course
off original price!

The coupon code you entered is expired or invalid, but the course is still available!

Your struggle on designing Test Automation Frameworks ends here. Presenting you the only framework in the Market which is faster and easy to design with very less code. - "Robot Framework"

This Framework comes with many Libraries which helps to build automation tests without writing much boilerplate code. Additionally you also have ability to build your custom Libraries with Python code.
It's just not about Libraries, this powerful Automation framework automatically provides Rich HTML reports, Logging, Screenshots on failure and many more...
This course mainly focus on how to design Selenium UI Tests (80%) with Robot Framework and also touches on writing API tests (20%) on high level with Robot Framework. Python is the language chosen to design the Framework as Python is widely used choice for Robot Frameworks

You can comfortably follow this course without having python basics as well. There is dedicated Section at the end of this course to brush up on Python Basics.

Below is the high level content on what this course covers

Installation and Configuration of Robot Framework

Building API tests with all CRUD operations ( GET, POST, DELETE)

Wish you all Good luck and see you in the course :)

When does the course start and finish?
The course starts now and never ends! It is a completely self-paced online course - you decide when you start and when you finish.
How long do I have access to the course?
How does lifetime access sound? After enrolling, you have unlimited access to this course for as long as you like - across any and all devices you own.
What if I am unhappy with the course?
We would never want you to be unhappy! If you are unsatisfied with your purchase, contact us in the first 30 days and we will give you a full refund.
off original price!

The coupon code you entered is expired or invalid, but the course is still available!